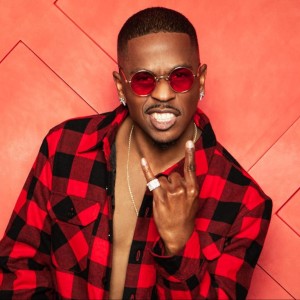 Follow for film & TV updates at IMDB: imdb.me/aleksandrajade Follow on Instagram:https://www.instagram.com/aleksandrajade
Who Is This Girl?Aleksandra Jade is an actress and online entrepreneur. She has acted in major projects such as Call of Duty: World War II, A Tale of Two Coreys, On the Run, and several national commercials. In 2019, she co-founded a production company called Magic Joo Joo Productions, that helps other artists just like her, fund their indie projects without having to rely on big-ticket investors or go into massive debt.
Early Life
Aleksandra Jade has been collecting stories since the age of 8. She’d watch tv or read a book, just to recreate an entire movie about it for when her parents came home from work. Despite her young age, Aleksandra opted into every creative opportunity she could find (plays, musicals, art camps, radio shows) simply to study the art of storytelling.

In high school Aleksandra found a deep love for personal development. She traveled the country meeting her mentors, and learning from people like Tony Robbins, Louise L. Hay, and Michael Bernard Beckwith. She continues to study today, learning valuable lessons about determination, hard work and always being open to helping others. She met the love of her life crewing Tony Robbins’ famous Unleash the Power Within event.
Career
Aleksandra had her first success in film acting playing opposite award-winning actor, Marek Probosz in a little film, called Lisette, that made its way to the Polish Film Festival in Los Angeles, CA. It was such a wonderful and collaborative experience and she was hooked. She went on to act in Call of Duty: WWII, On the Run, and A Tale of Two Coreys (a feature film based on the lives of Corey Feldman and Corey Haim).

The limitations and obstacles Aleksandra encountered with the capitol required to bring her own projects to life, became the birthplace of the idea for her unique fundraising system. Blending her knowledge of the entertainment industry and her entrepreneur nature, Aleksandra launched her production company, that helps other artists gain the courage and capitol to create their own projects in between casting calls.
Magic Joo Joo Productions
Magic Joo Joo Productions is very new, but already set to produce its first feature film in the summer of 2020 in the Sierra Nevada Mountains. Using the proven marketing tactics that Aleksandra shares with others to help them win with their dreams, Magic Joo Joo will be self-funding this project, using the same principals of not waiting for high-ticket investors or anyone going into debt.

Biography
Aleksandra Jade plays opposite Josh Duhamel, Jeffrey Pierce and Jonathan Tucker, as Erica in Call of Duty: WWII.She plays opposite David Arquette, as his daughter, in the short film On the Run, directed by Tricia Nolan. Aleksandra recently finished filming the biopic A Tale of Two Coreys (based on the lives of Corey Feldman and Corey Haim) and a pilot episode for an upcoming Lifetime show, both due to release in 2018. She has worked on several commercials, for companies including Wii Super Mario Bros, Olive Garden, Best Buy, McDonalds, and Google. She studies at The Acting Center in Los Angeles.
– IMDb

Aleksandra Jade recently produced and starred in the film Semblance which was featured at LA Live Film Festival Saturday Night November 9th at regal Cinemas at LA LIVE.
The film was received with great praise as her acting abilities caught the attention of the festival judges and reviewers,
“We will see her work again on the big screen at the LA LIVE Film Festival in 2020 as a featured artist again” Edward Bukowski Founder LA Live Film Festival.  “Semblance”
Is the story of two disconnected sisters end up at their childhood home on the same weekend which brings to light a secret that could destroy their already deteriorating relationship.Produced by Aleksandra Jade
Director: Arya Moghaddam
Writer: Henning Fog
Stars: Kirstin Ford, Aleksandra Jade, Tamra MeskimenFeatured filmmaker page at FilmFreeway:
https://filmfreeway.com/AleksandraJade

20th Annual Polish Film Festival in Los Angeles screens “Lisette” starring Marek Probosz and Aleksandra JadeSTORY
What happens when an American girl receives a call from a Polish father whom she has never met? What stories are left untold? What moments lost forever?
LISETTE touches on these questions during a fleeting encounter between an ex-Communist police officer and his estranged daughter.

Aleksandra has been with The Acting Center since almost the beginning starting in our in our teen classes. We have watched her grow into the beautiful talent that she is today.

She has experience in TV and film and just shot the motion capture role of Erica in “Call of Duty: WWII,” starring Josh Duhamel,

Jonathon Tucker and Jeffrey Pierce. Keep an eye on her. This girl is going to be a star.

When did you realize that you wanted to be an actor?
Sometimes I think I’ve always known, and sometimes I feel like I choose to be an actress over and over again.

How did you get started?
When I was little, I would watch movies with my sister and we would spend hours putting on an entire production.

We did hair, makeup, made our own props, everything, just to recreate that movie live for when my dad came home from work.

It was a lot of fun! That turned into doing school plays, being in a theater company in Chicago (doing musicals in Polish)

and then coming out to Los Angeles when I got interest from a management company.

What at The Acing Center has helped you most?

Acting all the time. I feel like I can measure my improvement for myself, check in with my heart, you know? Everything is a character card, whether it is an audition, a booking, an exercise in class. It’s all acting; being another person for real right then and allowing that experience to naturally unfold. At our school, there are no limits. You are encouraged to be anyone and do anything, and that’s a precious idea to me that fuels my creative freedom and fulfillment.

Tell us about your recent success booking “Call Of Duty”.
My experience with “Call of Duty” was amazing. I remember after the first day of rehearsals, I came back home and cried my eyes out at the kitchen table to my boyfriend. Haha! I felt so much gratitude to be a part of this special project, be challenged in my acting, and to get to work with top players like Josh Duhamel, Jonathan Tucker and Jeffrey Pierce. It was such a professional and positive set, and I got to do motion capture—so fun!

Aleksandra on set of Call of Duty with actress, Lilith Max.

What is your favorite thing about The Acting Center?
The community. There is no criticism here, we don’t waste time on that, so you get to see your peers work all the time. We root for each other! We help each other create art, tackle career obstacles and support each other. It’s so genuine and motivating.

And anything else you want to say!
I have some big projects in the works coming out next year! Stay tuned! 🙂

Aleksandra Jade is an American actress. And Voice Over Actress

Aleksandra Jade has a new project coming soon that she is Starring in and Producing titled Too Close For Comfort
“A Suspenseful Thriller Based On A True Story”….https://tcfcfilm.com/project
THE STORY
“Boundaries define us. They define what is me and what is not me. A boundary shows me where I end and someone else begins…” – Henry Cloud

Too Close For Comfort takes us into the seemingly innocent world of Morgan (played by Aleksandra Jade) and Lucy (played by Kelly Taylor), two old friends who lean on each other in troubling times. When free-spirited Lucy catches her boyfriend cheating on her, Morgan offers her a place to stay, heal and ultimately move on. Little does Lucy know that her old friend has some very real, deep-seated issues of her own. As the two girls reunite, everything appears to be fine until one terrifying night when we quickly realize that all the lines of friendship, trust and safety have been forever crossed.

Where The Stepford Wives meets Get Out this short and powerful story will take audiences on an emotional ride to find out what exactly is the line between helping someone out and molding them into who you need them to be. This film is based on true events and the script is a heightened version to not only stay true to the genre of thrillers but also to give justice to the message. We feel it is a worthy story to tell and important to make a piece that values courage to stand up for your personal freedoms.

Giving Back
Aleksandra’s mission extends to helping others. Aside from her new workbook,
to help women find balance and fund their own dreams, coming out November 2019;
she is also very involved in her church Agape International Spiritual Center.
Actress (13 credits)
2017 Semblance

2016 The Story of God with Morgan Freeman (TV Series)